Sunshine Paradise On The Beach

Located in the west and south of the Gulf of Thailand, The Palmy Phu Quoc owns 160 sea view rooms, with private balcony looking directly over the panoramic view of beautiful mountain and Duong To beach. The architecture is designed in harmony between East and West with modern equipment...

The Pool Bar By The Beach
The Pool Bar located in front of the  Dương Tơ Beach and next the pool. Watch the gorgeous sunset as you sip a tropical cocktail or try a tasty dish.

The Lounge Bar is an open, airy space next to the resort's large pool. Enjoy cocktails, spirits and tropical fruit drinks, or light snacks.

The restaurant is located right in front of the sea, a place to enjoy specialties International and Asian dishes prepared by professional chefs..

Visit the Palmy Restaurant on the beach now!

Indulge yourself in sea and sun of Dương Tơ Beach. Upon request, our lifeguard will be happy to serve you light meals, tropical conktails and popuplar beverages . Water sports including Jet Ski, Banana boat and Parasailing are available.

Dinh Cau Temple is one of the most popular sight-seeing attractions in Phu Quoc and often referred to as the "symbol of Phu Quoc and the Phu Quoc people. You can see the lighthouse and watch the sunset here. 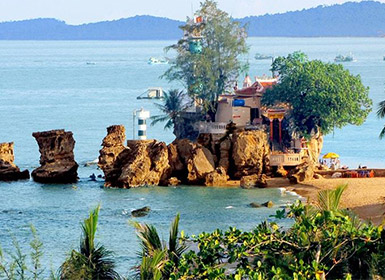 Dinh Cau Rock, also known as Cau Temple, is an odd-shaped natural formation in Phu Quoc Island, which local fishermen pray to before embarking on fishing excursions. Located just next to the Duong Dong Fishing Harbour, it features a brightly-coloured lighthouse and Buddhist shrine, making it a popular photography spot among travellers. 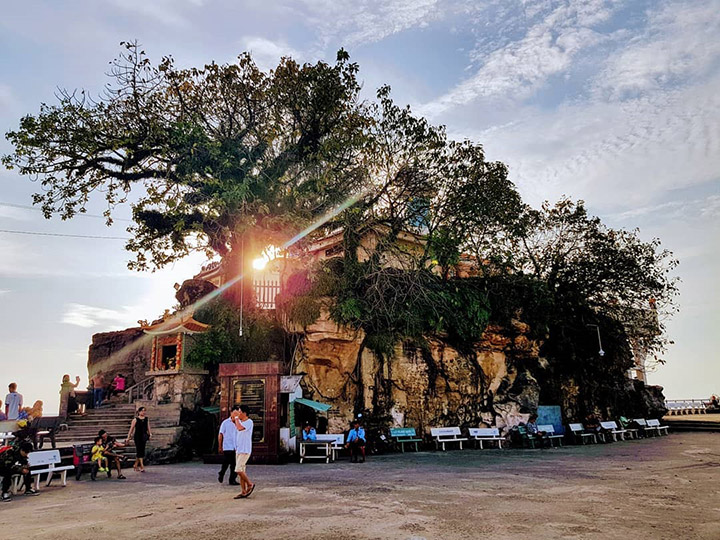 Dinh Cau Rock was constructed in 1937 to commemorate Thien Hau (the goddess of the sea), whom locals believe provides protection for fishermen heading out to the open sea. There are 29 winding stone steps to reach Cau Temple’s rooftop terrace, where you will be greeted with spectacular sunset views of Dinh Cau Beach, traditional fishing boats, Duong Dong Town, and neighbouring islets. 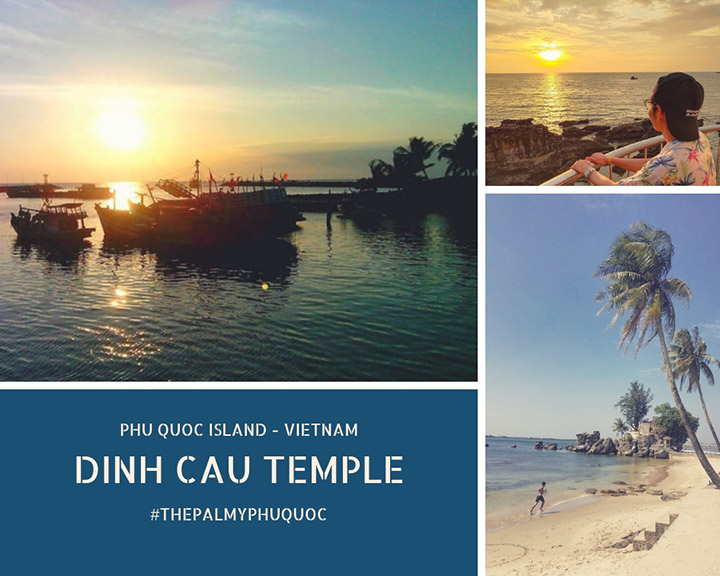 Cau Temple is located just by the Duong Dong Fishing Harbour and is an oddly shaped rock formation which local fisherman pray to before heading off to fish. The temple has a brightly coloured lighthouse and Buddhist shrine making it totally Instragramable. You can walk to the top of the temple for fantastic views of Dinh Cau Beach and fishing boats. Dinh Cau Rock is also a fantastic spot to photograph the sunset. The temple is open between 7 am to 6 pm.

Every year on October 15th the festival is held at Phu Quoc's Dinh Cau Temple where the locals perform a ceremony while decorated in red and yellow traditional clothing.

What to do at Dinh Cau Rock

See the sunset
Besides the temple, the sunset here are spectacular. The surrounding area is also great place to people watch.

Dinh Cau lighthouse
The lighthouse at back of Dinh Cau provides a great panoramic view of the Duong Dong river, the Gulf of Thailand, as well as Duong Dong town.

How you get there from The Palmy Phu Quoc Resort & Spa

You can rent a motorbike at the resort to reach Cau Cau Temple. Call a taxi or can walk to get there. 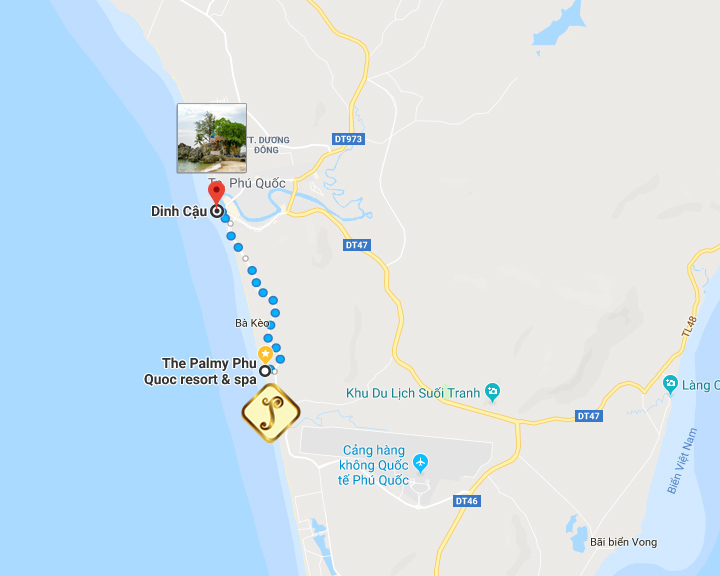 From The Palmy Phu Quoc  to Dinh Cau Temple about 4.5 km

"So Nice Resort, There're have private beach, Swimming, near the center of the City. I spent 4 nights at the Palmy Phu Quoc Resort, There amazing, you can see the sunset, stay here I feel very comfortable with the room, the beach, the swimming pool , Staff is very friendly, I try the food in the restaurant, I love pizza here, good location I will come back soon"

"Beach front Villa Bliss
Whilst visiting the island we stayed 3 nights at The Palmy Beach Resort and Spa. Mr. Ocean and all the staff were very helpful and made our stay very comfortable. The private villa was located right on the edge of the sea, and beside the pool. We enjoyed the local Night Markets, fresh seafood and the hotel breakfast was beautiful. We will recommend this hotel to all family and friends and will be back again soon."

Amazing time in palmy beach resort!
We were at the hotel palmy beach resort from 1 to 11 May. In that period the construction of the main building of the hotel was going on. But it did not stop us from getting the maximum pleasure from living. What did we like? Design of the hotel, furniture, accessories, breakfasts and a whole cuisine. The most comfortable large chairs, emphasizing a high level of comfort and style. Lovely view from the ocean villa! The pool merges with the sea and we enjoyed watching the sunset from this pool...

The Palmy Phu Quoc Resort right on the Beach in Phu Quoc island with 160 sea view rooms, with private balcony looking directly over the panoramic view of beautiful mountain and Duong To beach You picked total luxury, with a beach to escape to, a relaxing pool, spa treatments, and 1 restaurant on site. 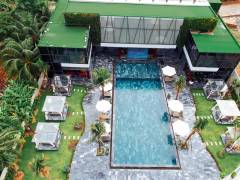 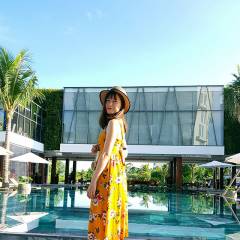 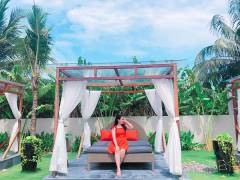 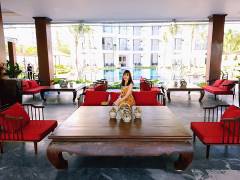 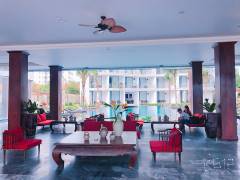 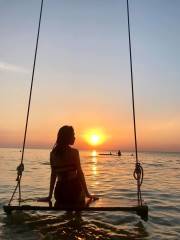 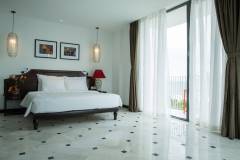 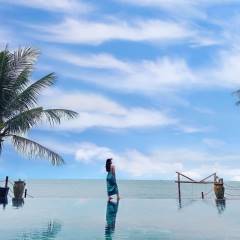 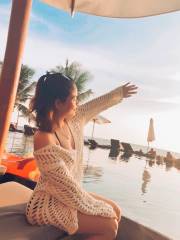 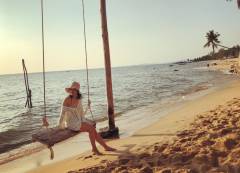 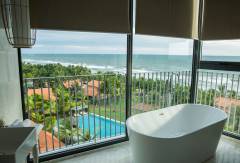 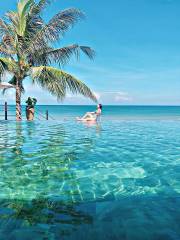 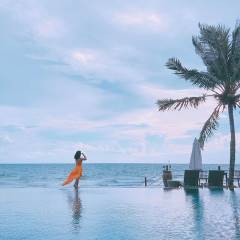 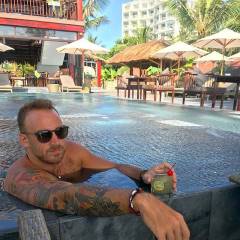 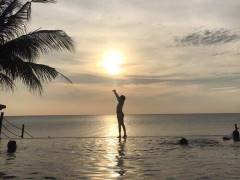 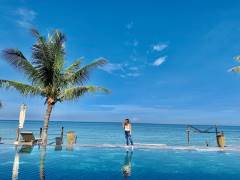 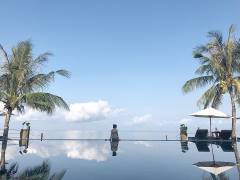 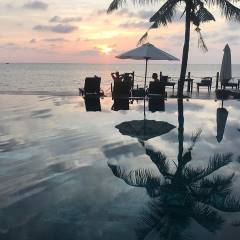 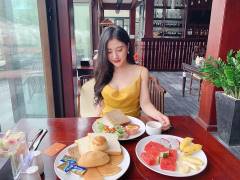 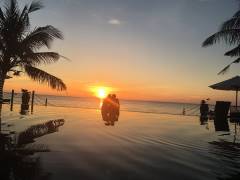 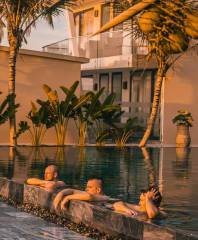 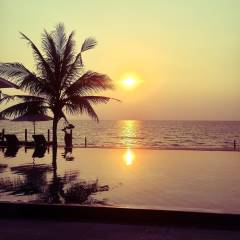 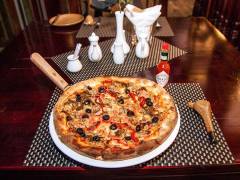 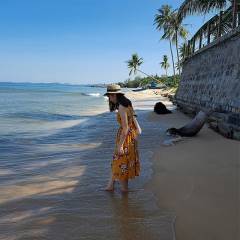 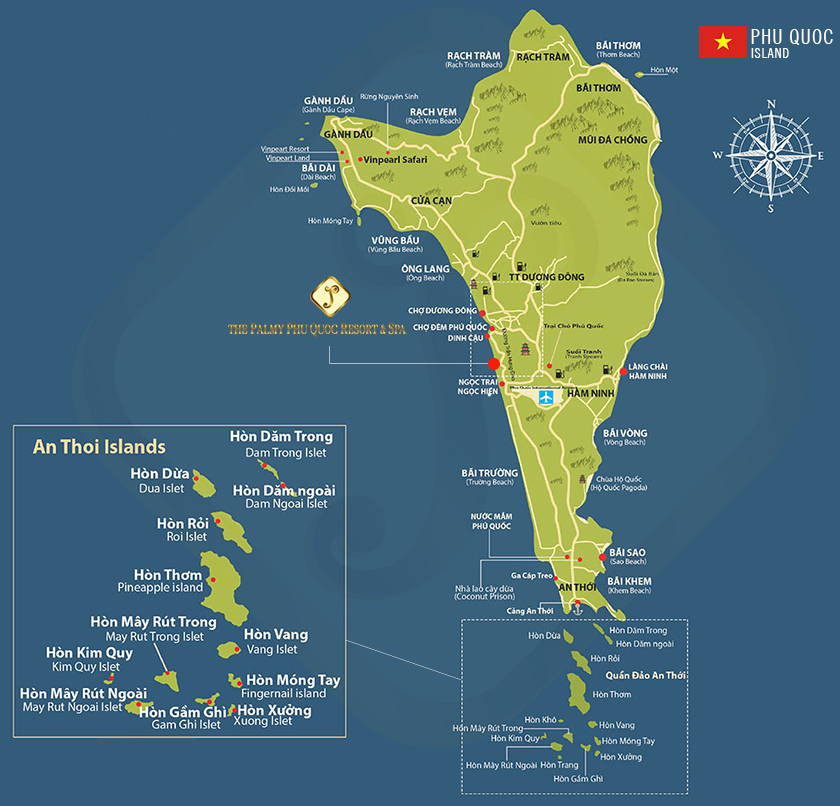